it's the king mayne

Malki Means King (Samuel Malki) is an American rapper and musician. Born January 28, 1986, in Oakland, CA, and hailing from the Bay Area, he grew up in Berkeley, CA. Malki is half Middle Eastern (Lebanon / Jordan) and European (Italy / Wales). Malki Means “King” in Arabic, and he uses this as his stage name.

Malki has been a recording artist since 2005, creating original hip-hop and rap songs. He draws his musical style from all sides of hip hop, but you can always tell when it’s a Malki song. His voice is so distinct you can pick it out in a room full of people. His music is based around having fun, which led him to wear a crown while performing, and in public. If you hear one of his songs and don’t smile or laugh, you probably missed the point.

Over the years, Malki has been honing his craft and consistently putting in the hard work. Not only is he a rapper, but he’s also a producer, engineer, and music video director. Along the way, Malki has had cosigns from prominent rappers and celebrities and collaborated on songs with platinum and billboard artists. In 2017 he had a viral hit, “Mansion,” that blew up on Facebook certified him as a rising rap artist.

In mid-2020, Malki was the champion of “Beats 2 Bars”, a nationwide rap contest hosted on social media by the radio station “Hot 97” in New York. It helped solidify him as an elite emcee because NY is known to be a tough crowd – and he won all the way from California.

He rose to fame in late 2020, posting viral music and comedic satire videos on Tik Tok about being wealthy. In early 2021, he started the “Diamond Tester” trend on Tik Tok, for videos in which he comically tests the authenticity of his diamonds. His virality led other influencers to copy him and to a massive boost in popularity and clout on the platform. He is currently “Tik Tok Famous,” with millions of followers, growing each day.

He gets his drive from the love of music and wants to inspire those around him positively. His faith in God and himself have led him to become the artist he is today. “I see myself as a legend. I see myself as one of the biggest artists in the game. Through my hustle, dedication, passion for music, faith, and love – I aim to make an impact that transcends genres, touches lives, and changes music forever.” 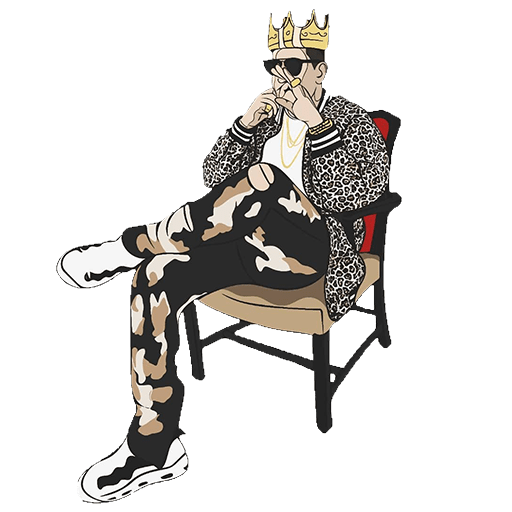